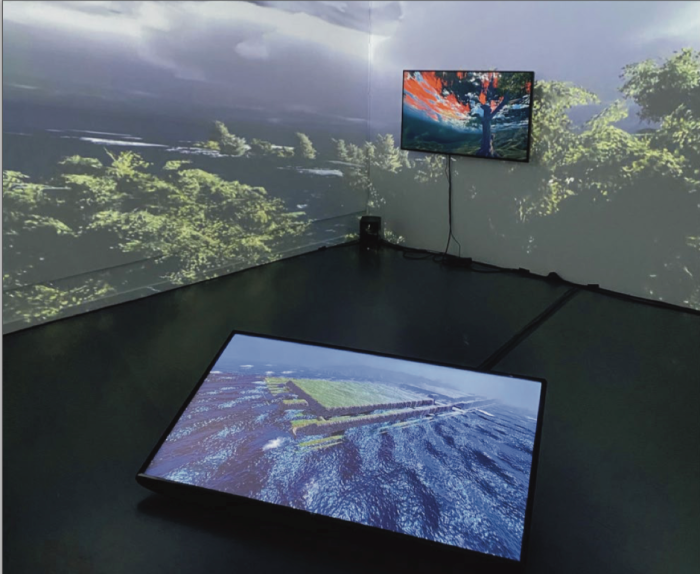 When the quarantine started, I started recording video fragments from films, found on the Internet, in which various natural fragments were recorded. I uploaded them to a 3D program and mixed them with virtually created sinking, grass-covered, dystopian objects. They, like the vanished segments of our civilization, sink and disappear in the virtually formed sea. The line between virtuality and reality is so thin, I thought. I spent every day drowning in the Internet, reading various scientific articles, and when I went outside, I observed the streets of an empty city. I felt like I had lived through the coming end of our civilization, and I feel like that now. However, when the quarantine ended and tourists soon began to flood the streets of the big city again, I shuddered. I hoped the world would change. But no, it will not change. The only established system we have is capitalism. It is already biting his own tail and leading us all to self-destruction. This is a conceptual problem. This system is based on inexhaustible growth and use of resources, but if a civilization reaches a certain level of prosperity, why there is still the need for growth should be necessary?

The work was created out of despair, observing the obvious dullness existing in the reality of humanity. Reality has become like a matrix, what is real, what is just knowledge, what is virtual, and what is truly felt.