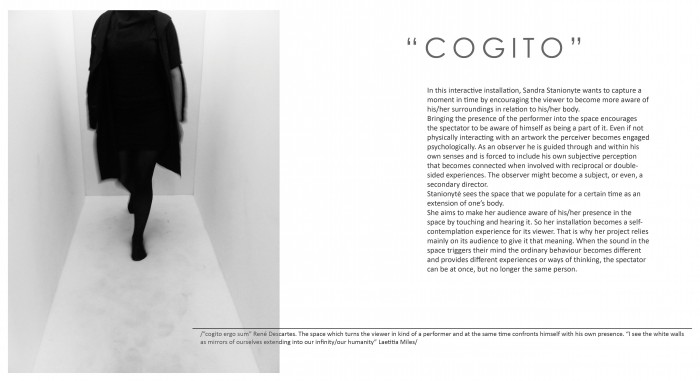 In this installation, Sandra Stanionyte wants to capture a moment in time by encouraging the viewer to become more aware of his surroundings in relation to his own body and presence.

Bringing the presence of the performer into space encourages the spectator to be aware of himself as being a part of it. Even if not physically interacting with an artwork the perceiver becomes engaged psychologically. As an observer, he is guided through and within his own senses and is forced to include his own subjective perception that becomes connected when involved with reciprocal or double-sided experiences. The observer might become a subject, or even, a secondary director.

Stanionytė sees the space that we populate for a certain time as an extension of one’s body.

She aims to make her audience aware of his/her presence in the space by touching and hearing it. So her installation becomes a self-contemplation experience for its viewer. That is why her project relies mainly on its audience to give it that meaning. When the sound in the space triggers their mind the ordinary behavior becomes different and provides different experiences or ways of thinking, the spectator can be at once, but no longer the same person. 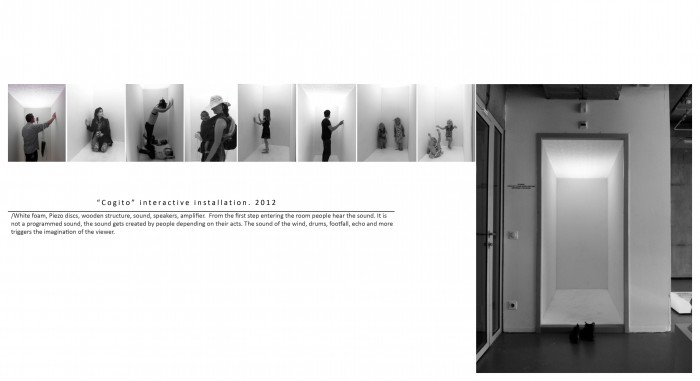 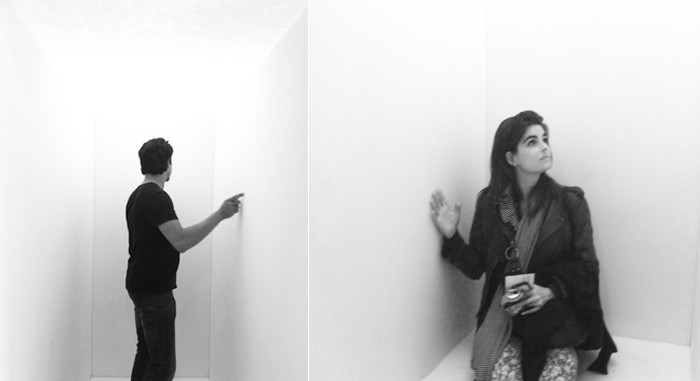 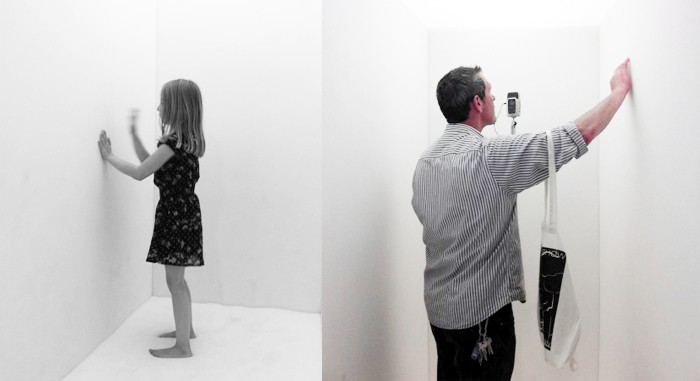 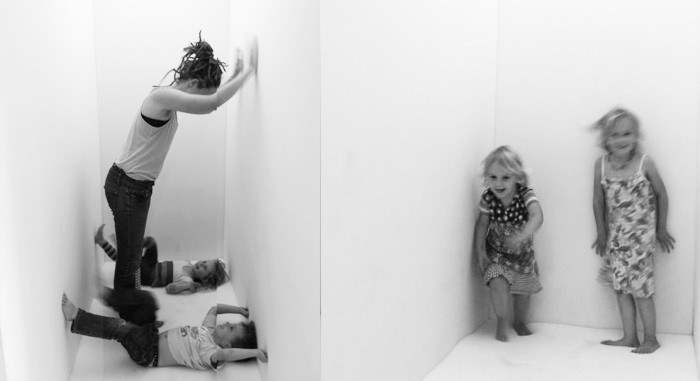 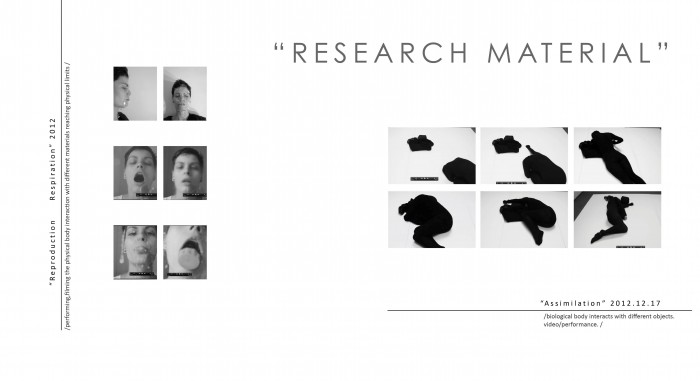 Research material consist of more then 35 actions exploring the subject that might be called “Performative relationship between the body and space”. Exploring the limits of the physical and psychological.

Breathing on the glass in front of the camera lens till loosing the consciousness. Spiting on the glass till no saliva left in the mouth. Taping face, breathing, taking off the traces of an action.

Interacting with different objects on the floor. Exploring the performative relationship between the space/body, object/subject/material. 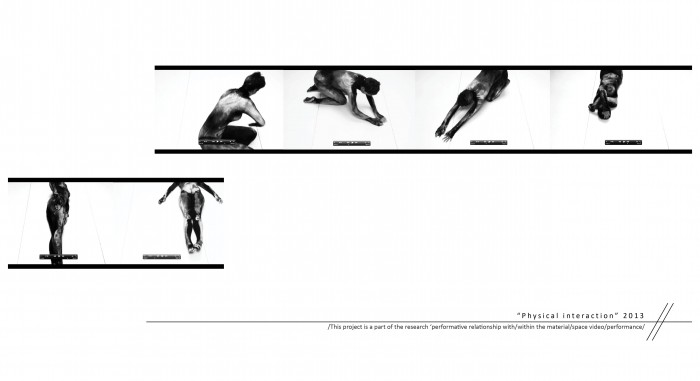 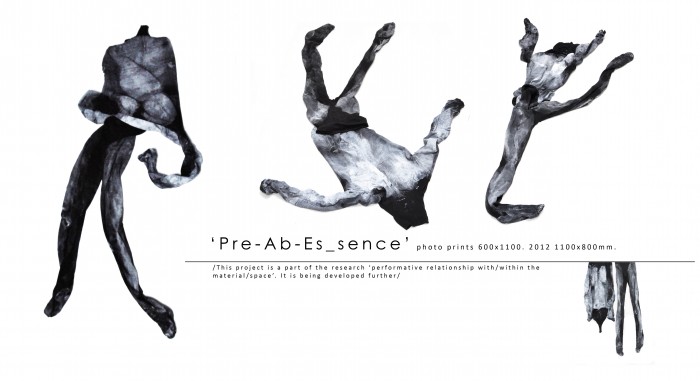 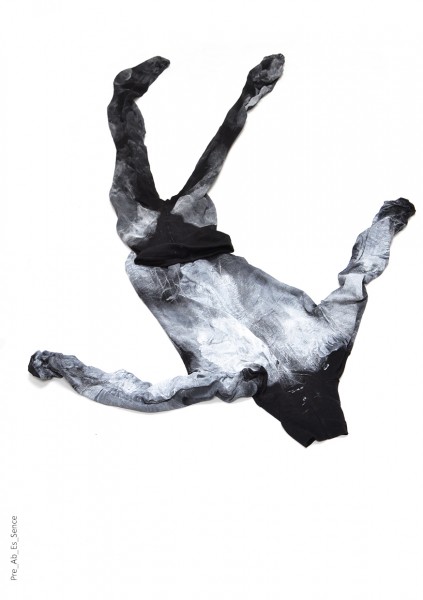 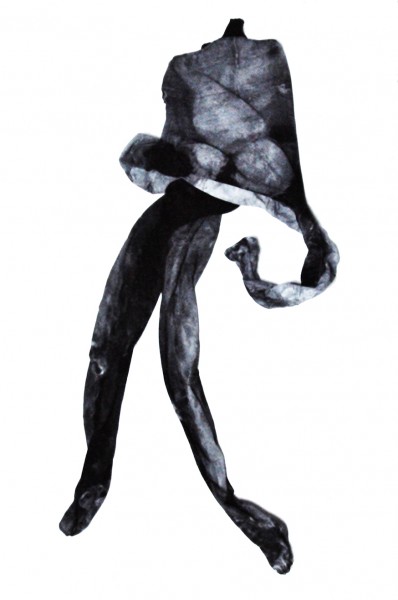 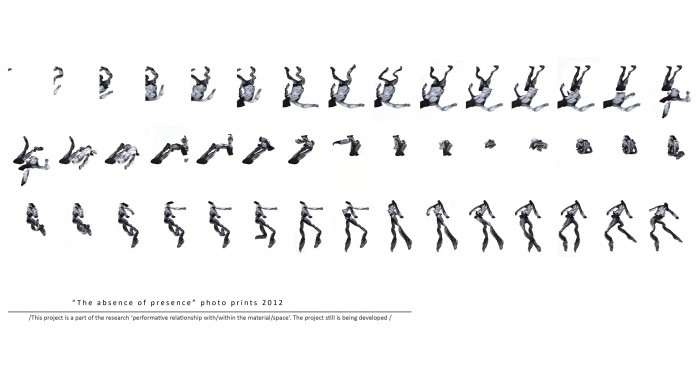 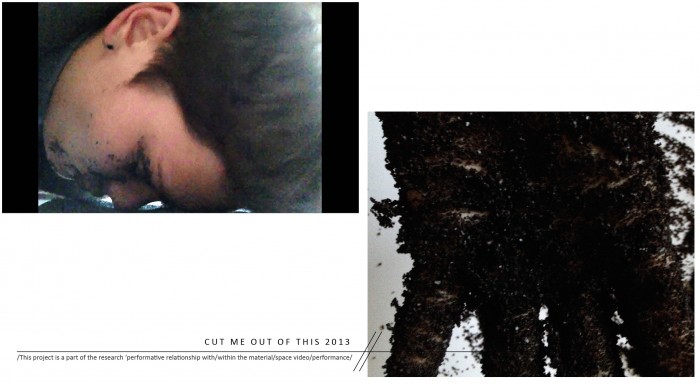 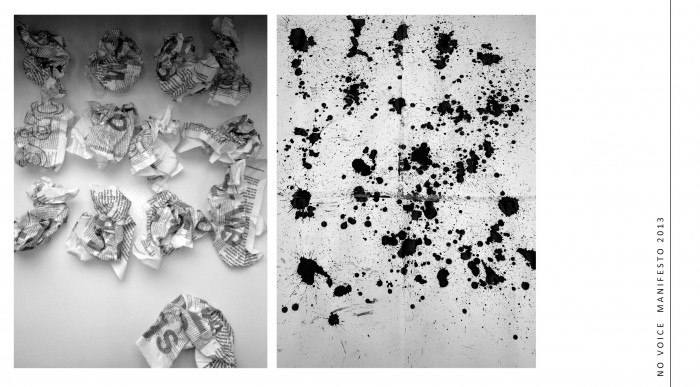 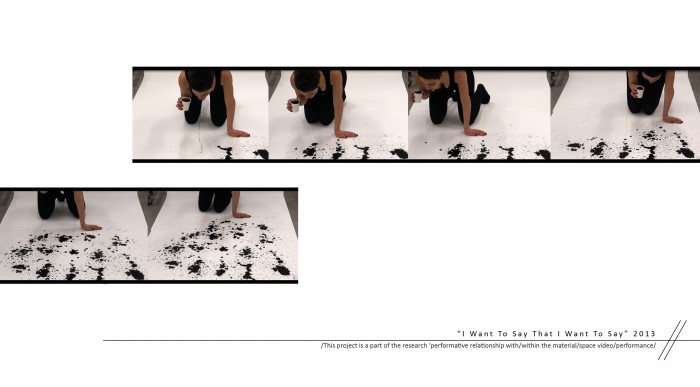 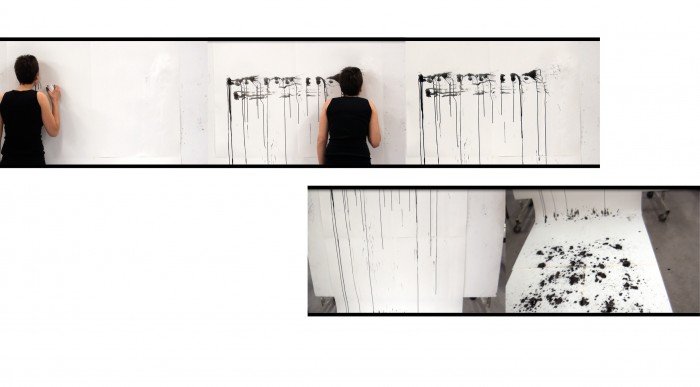 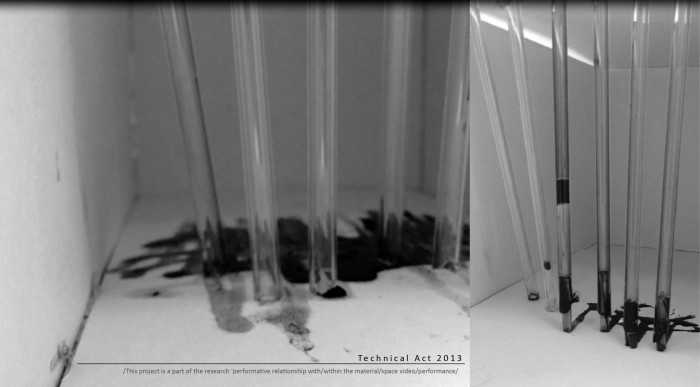 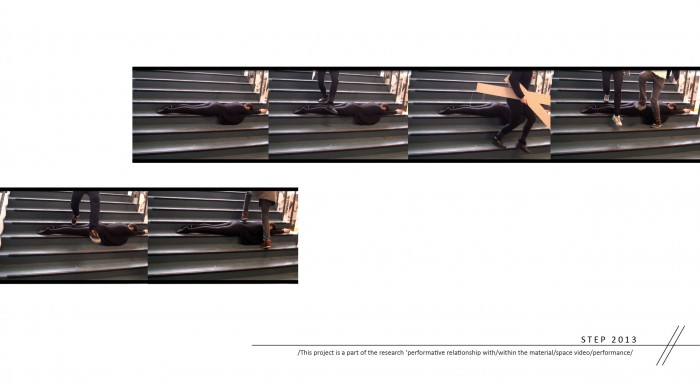 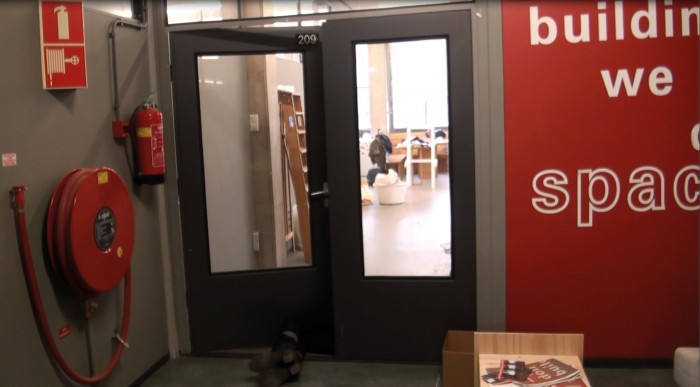 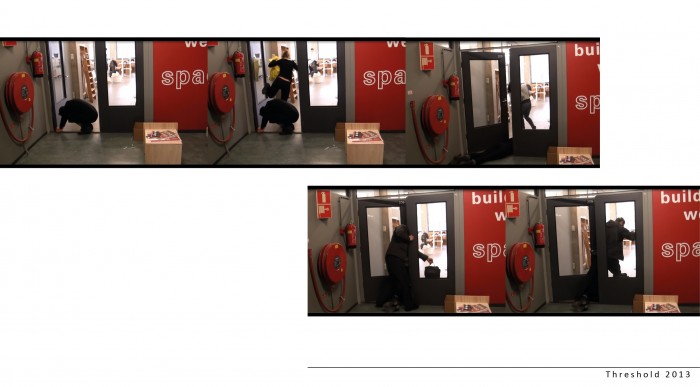 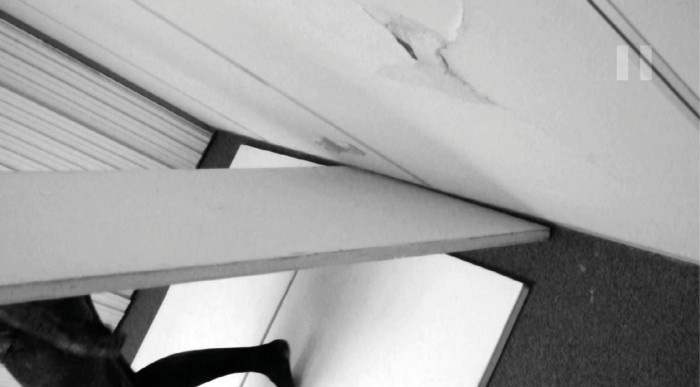 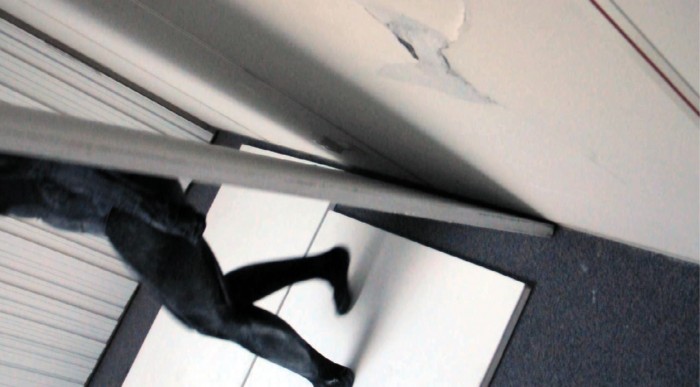 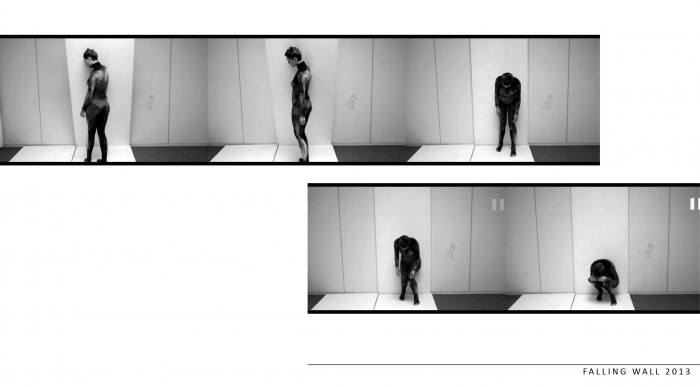 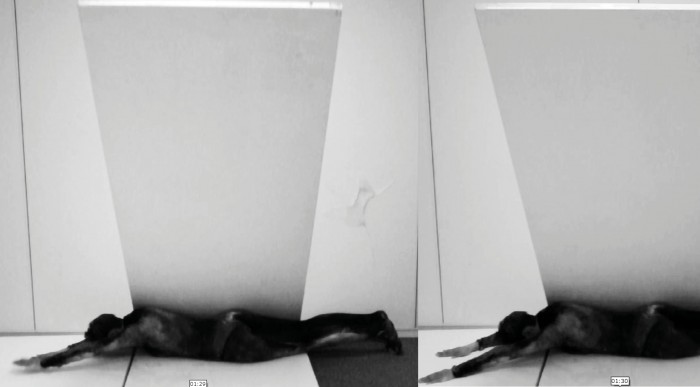 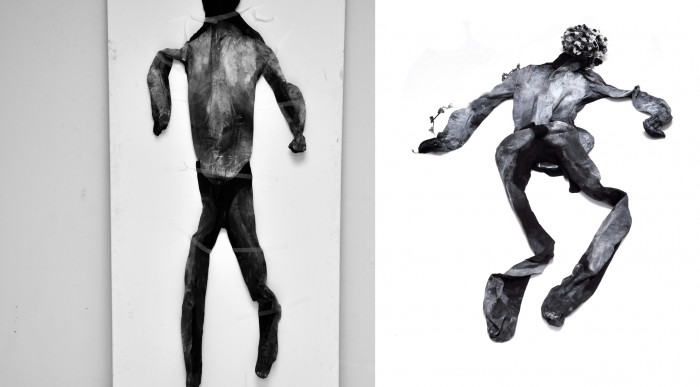 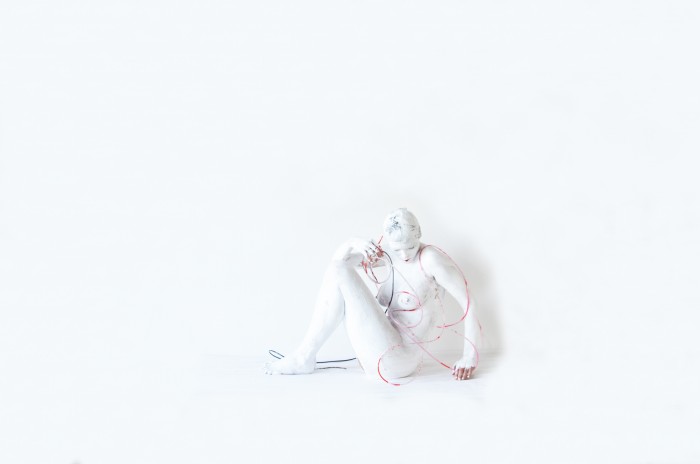 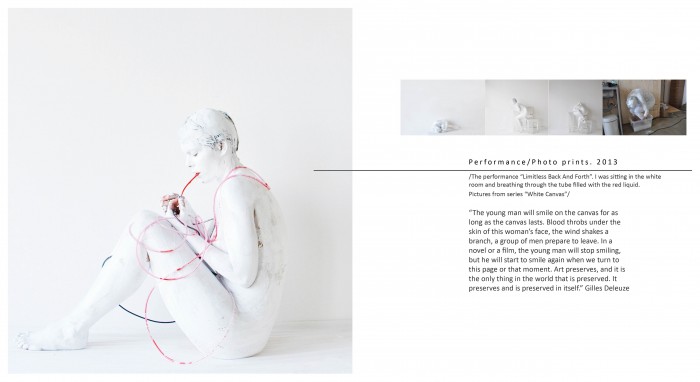 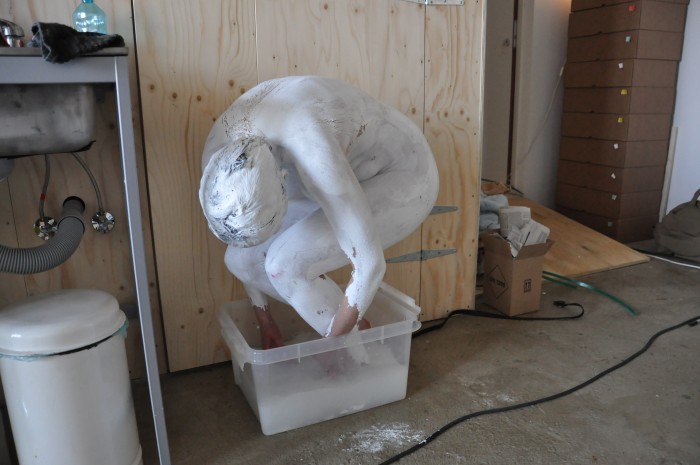