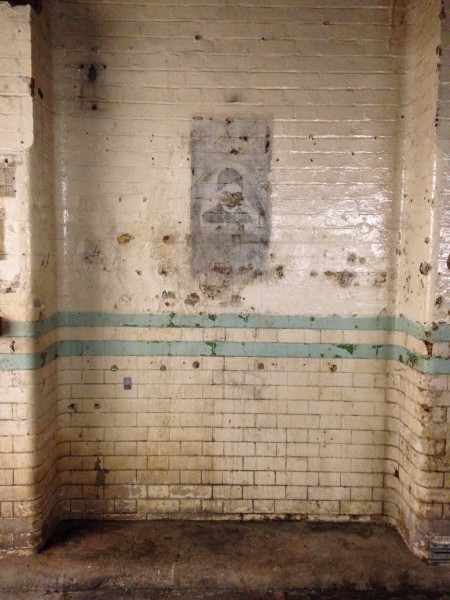 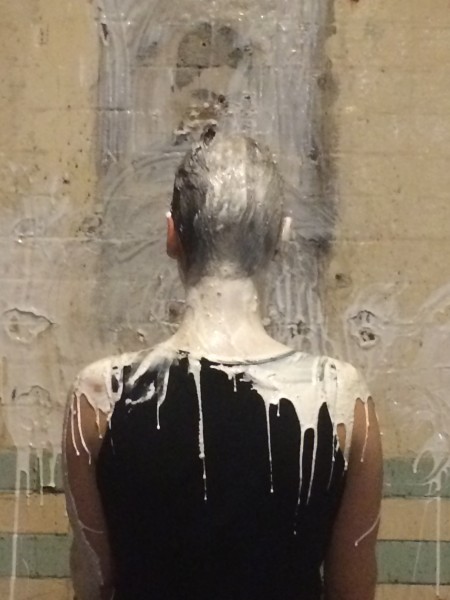 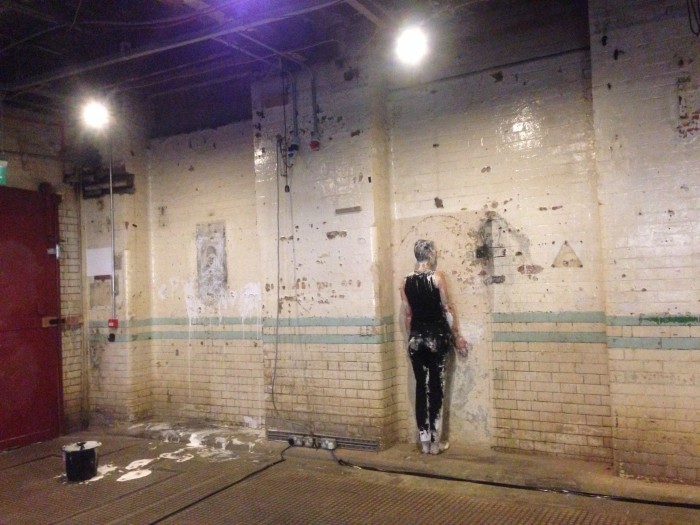 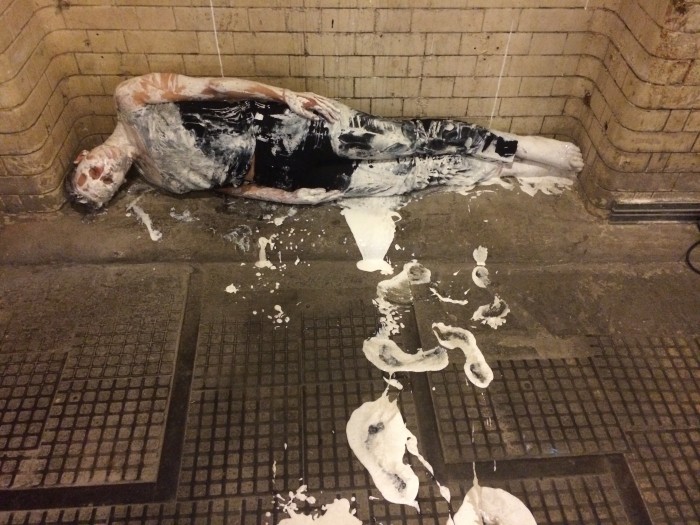 Action – Fading Face. I fill the bucket with white glue. Stand in front of the photograph on the wall and cover my body with the glue. I can not open my eyes, I walk straight to the wall and press my face against the image on the wall.

Action – The Womb. Laying in a womb of dirt. Standing up, slipping, falling down. Laying on the bridge, balancing until the body falls. Going inside the gallery, placing my body between the wall and the column. Standing still.

”Would really nothing living subsist? For my part, I believe that this is precisely where we should see the world come alive and, independent of any instrument, of any physical properties, fill up with penetrating deep waves which, although not sonorous in the sensory meaning of the world, are not, for this reason, less harmonious, resonant, melodic and capable of determining the whole tonality of life. And this life itself will reverberate to the most profound depths of its being, through contact with these waves, which are at once sonorous and silent . . . Here to ”fill-up” and ”plenitude” will have a completely different sense. It is not a material object which fills another by espousing the form that the other imposes. No, it is the dynamism of the sonorous life itself which be engulfing and appropriating everything it finds in its path, fills the slice of space, or better, the slice of the world that it assigns itself by its movement, making it reverberate, breathing into it its own life. The world ”slice” must not be taken in its geometrical sense. It is not a matter of decomposing the world virtually or actually into sonorous balls, nor of tracing the limits of the sphere determined by the waves emanating from a sensors source. In fact, our examples, the sealed vase, the forest, because of the very fact they fill up with sounds, form a sort of self-enclosed whole, a microcosm . . . ” 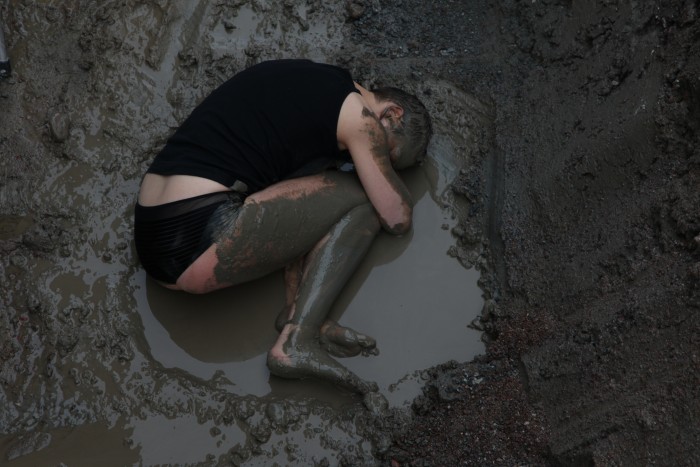 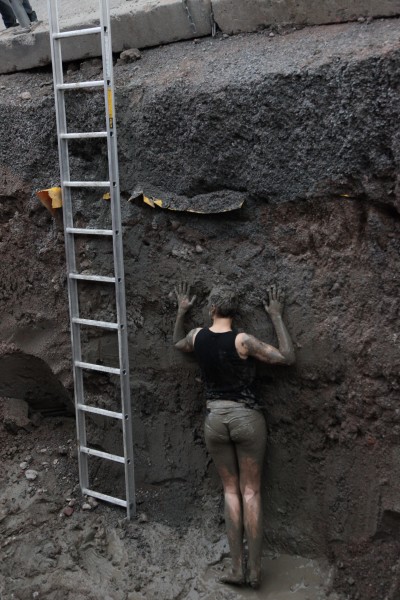 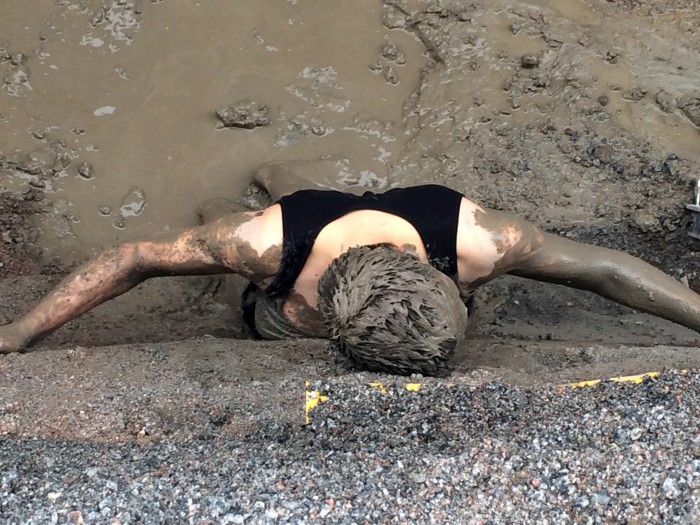 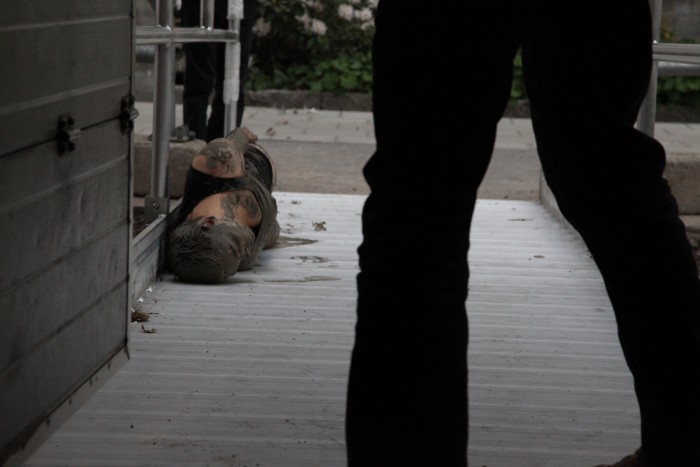 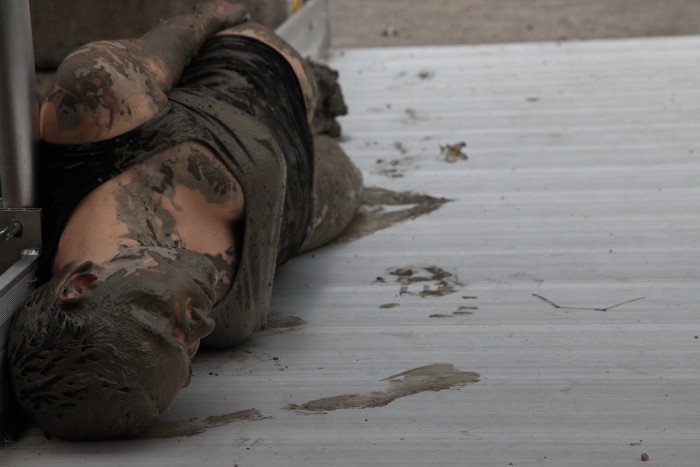 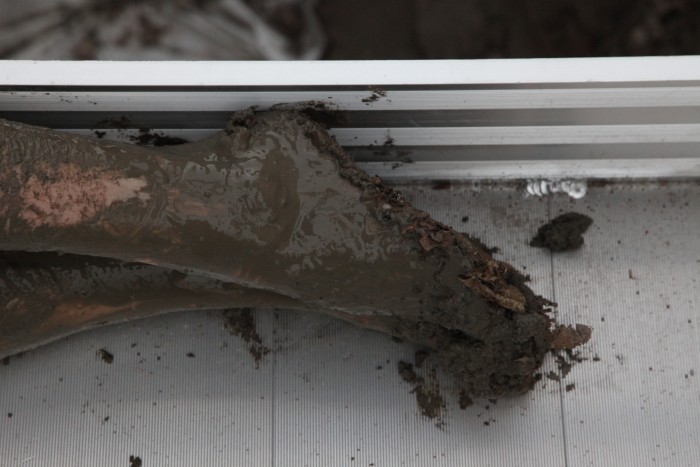 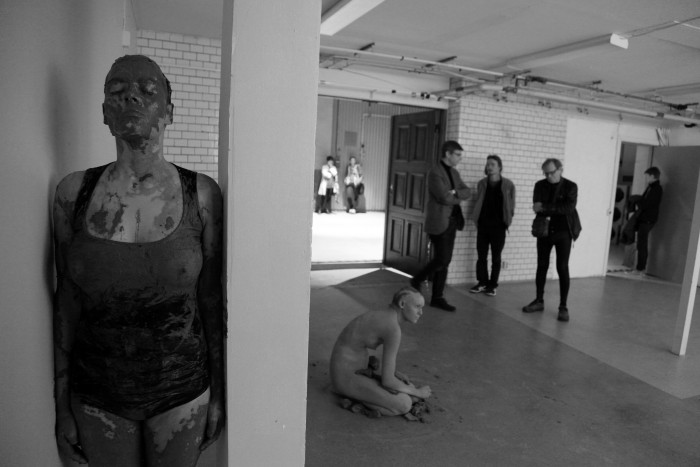 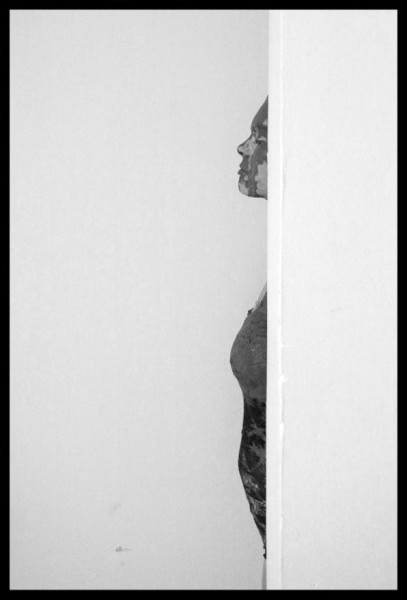